New for Baselworld 2016, we see the release of the Omega Speedmaster “CK2998” Limited Edition watch, a refreshed version of one of the original Omega Speedmasters, the CK2998. This new version opts for the familiar manual winding calibre 1861 movement but reimagines the dial with a splash of blue and some rhodium. It’s a simple equation, but the choice of blue and the decision to keep that classic movement in there sounds like a winning combination in a world full of Omega Speedmaster iterations. 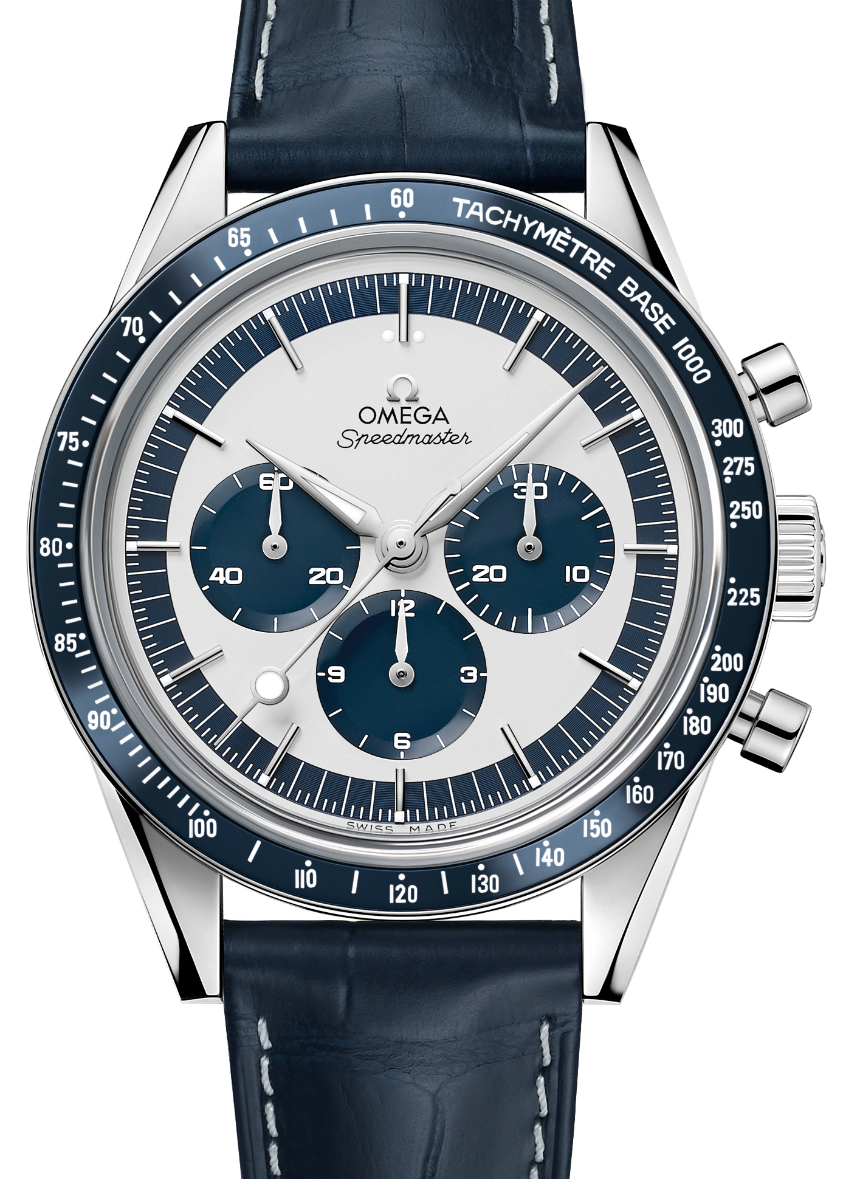 There are certainly going to be purists out there who will balk at the idea of the classic moonwatch being redone in different colors, but I’m not going to lie, the execution here just makes this a very cool piece for me. The Omega Speedmaster Moonwatch Numbered Edition watch may have been a bit much with the Sedna gold finishing for enthusiasts who are more into the sportier side of the Speedmaster, plus it didn’t have the small touches like the “lollipop” chronograph seconds hand like we do here (granted, these are two slightly different original models). This watch perfectly fills that role of a casual everyday wear that has a contemporary edge but a lot of history packed inside. The classic 39.7mm-wide case features a polished blue ceramic bezel and a white Super-LumiNova tachymeter scale. On the dial itself are applied rhodium-plated indices, that familiar “lollipop” chronograph seconds hand, as well as the hour and minute hands, all of which feature Super-LumiNova. On the back of the case, you’ll see the classic Speedmaster seahorse to pull together the look. No extraneous text on either the front or the back – always a good move.

Aesthetic changes aside, what makes this an Omega Speedmaster Moonwatch is the ticking mechanical heart – the Calibre 1861 movement. The same movement used in the original Moonwatch, this manual calibre operates at 21,600 vph (3Hz) and provides a power reserve of 48 hours. For a lot of Speedmaster fanatics, the modernity of the case updates combined with the connection to the original movement will be a tempting lure. Whereas the Omega Speedmaster ’57 Vintage’ watch was concerned with taking the classic aesthetic and upgrading the inside with a 9300 Co-Axial movement, we kind of get the opposite here. A fresh contemporary take that retains the major visual cues aside from color while retaining the “soul” of the Calibre 1861 can be seen as just another way to market a new Speedmaster. I suppose it is, actually. But it looks cool and isn’t fussed with to the point of being an unrecognizable heir, so what’s the harm? Plus, that blue leather strap looks great. The new-for-2016 Omega Speedmaster CK2998 Limited Edition watch will have a limited run of 2,998 pieces, the number of which can be seen on the case back. I really want to try this piece on and see it in person because I think that’s when the use of the blue will really translate, as photos can only do so much justice. Price for this piece is 5,400 CHF. omegawatches.com

The Rolex Deepsea and 6 Other Extreme Dive Watches